Afia Schwar, has disclosed that she is married again after her failed marriage with Lawrence Abrokwa. In a new video sighted by thehubgh.com, Schwar is seen displaying a wedding band on her finger which she said was put there by her husband.

According to her, she is married again but on a low key, adding that many people who expected her to give them an invitation to her wedding were left disappointed.

Afia Schwar started the video by flaunting the ring and saying that this year, she would not respond to anyone who attacks her because her husband would take action to ensure that her attacker is arrested.

She, however, did not disclose who this new husband is 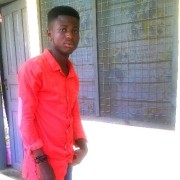 My guy does want to sleep with me or take my money but claims he loves me.